The Law of Attraction To Get Your Ex Back

Can the Law of Attraction get your ex back after they dumped you?

Be sure to watch the video above all the way through (and to subscribe to my channel) and then take your time reading this article.

The Law of Attraction is a term describing the system in place within the universe that attracts or repels certain actions or outcomes within the life of an individual.

It’s as much a law of the universe as it gravity and ignoring it will only result in negative results rather than useful ones gained by simply working within the construct and nature of the universe.

You might not be able to actually see arms or the light of gravities energy, but you can certainly see the impact of it. Sir Isaac Newton is credited with noting the law of gravity when he was hit in the head by an apple while he sat under an apple tree. 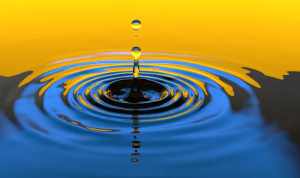 First I will say, the Law of Attraction is not magic.

And it can help you get your ex back, but probably not in the way that you might think.

The Law of Attraction is what is known as subtle energy.

You don’t necessarily feel it when you are sitting relaxed, walking, or sleeping.

It’s not in your face or flashy.

Forget that your shoes are on the floor at two in the morning, however, and gravity will seem to spring to life as though it suddenly came to life, rose up from the ground, and smacked you in the face.

Yet it was always there. 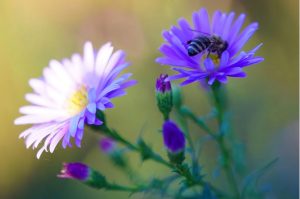 One of my favorite examples, and an example that I flesh out in the video above (you watched it all the way through, right?) is that of the flower and the bee.

The flower innately trusts the Law of Attraction.

It’s trusts in itself and its colors, opening its pedals in full display, to attract the bee.

The bee merely flies until it finds the flower and goes to it and they both give and benefit.

Neither the flower nor the bee chase, beg, bribe, or plead.

That’s a somewhat basic explanation of the Law of the Universe and how it can help you get your ex back after they dumped you.

Let’s call that an oversimplified introduction to how the Law of the Universe can help you to re-attract your ex to you.

And that is where you need to focus – attraction.

This article is, after all, talking about the “law” of attraction.

Not the law of:

That’s because it works within the framework of the universe.

Work on making yourself more attractive physically, emotionally, and intellectually.

Doing this brings with it a compounding result in that with your focus on yourself, you aren’t doing the things that push your ex away such as trying to talk them into getting back together, begging, pleading, and other unattractive actions.

That allows your ex to actually experience the breakup which is so very important.

When that happens, your ex actually learns whether they really want the breakup or not.

You see, when your ex broke up with you, the breakup was conceptual.

That is, your ex thought they wanted it.

Had he/she experienced it?

No. If you were still communicating with them, expressing your continued interest, and letting your ex see that you were suffering instead of starting to move on with your life, your ex wasn’t really experiencing the consequences of the breakup.

Your ex was experiencing a fake breakup.

What makes it fake is that even though your ex broke up with you, your ex feels that you could be gotten back at any moment.

All it would take would be for your ex to change their mind and want you back.

A simple text or call would do it.

So your ex ever has to consider that you could be lost.

Your ex never has to consider that there could come a point when they regret their decision to breakup, want you back, but can’t have you.

That’s a problem and it’s the opposite of what you feel.

You feel loss, uncertainty, and lack of control.

Your ex on the other hand, feels in total control.

So while you are focused on yourself instead of your ex, you poke holes in their experience up to this point.

You allow your ex to at least realize that the possibility exists that you could be able to move on.

That’s the logical conclusion if you aren’t trying to get your ex back.

You actually put your ex on the clock instead of them feeling that they can take all of the time they want without any risk.

When you leave your ex alone and work on yourself, you work within the law of attraction.

When your ex does come to their senses and realizes that you could be lost, that’s when things can turn around.

Losing you is a different feeling then giving you away.

When your ex starts to check into how you are doing and sees or interacts with you, you will be more attractive than you were when your ex broke up with you.

It’s like the tables have turned now and it’s amazing how often times an ex will have a change of heart in such a situation.

That’s how the Law of Attraction works.

You don’t try to force it.

Rather, you demonstrate and allow subtle energy to work.

Let your ex come to you instead of trying to go to them.

Visualize your attractiveness and your improvements and focus inward while you are letting the No Contact Rule and time work on your ex.

The video above provides more details and encouragement so again, I suggest you watch it all the way through.

It is a powerful resource to help you get your ex back!